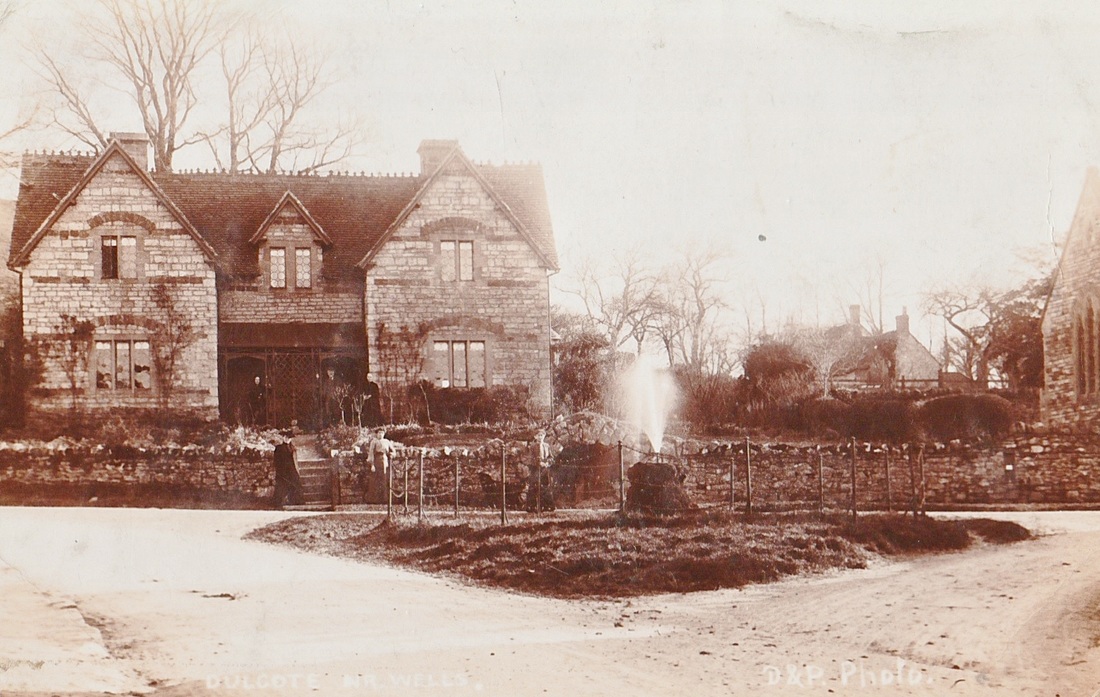 The fountain in front of Fountain Cottages circa 1900

Mr. Hodgkinson took his handkerchief from trousers pocket for the third time in ten minutes.  He was proud of the honour of public speaking but with only minutes to go, faint tremours in his extremities were belying his usual calm nature.  At his side stood his fellow conspirators: Charles Berryman, Henry Keen, Richard Webb, John Brinkworth, Edward Hill, Walter Giblett, James Hill.  Now he knew why they had voted him their spokesman, he thought, as he dried his sweaty palms once again.

The great rock of the fountain rose up a good eight feet in front of him.  There was plenty of overflow from the natural springs which fed the hamlet to divert to the fountain and grotto.  Its location offered the perfect solution for the empty triangle of land at the main crossroads where in the 1820's and 1830's a toll-house had stood. And, it truly was a marvel of engineering -- both of design and execution and a testament to the dedication of a lot of Dulcote tradesmen -- indeed to the all the inhabitants of this hamlet.

But today, it was dedication of a different kind that drew the people of Dulcote together.  In a few minutes they would be presenting the fountain as a gift to their patroness, Mrs. M. C. Tudway (2) of "The Cedars", Wells .  As she stepped up onto the platform, Mr. Hodgkinson took out the sheet of paper from his breast pocket and, his confidence returning, read ... 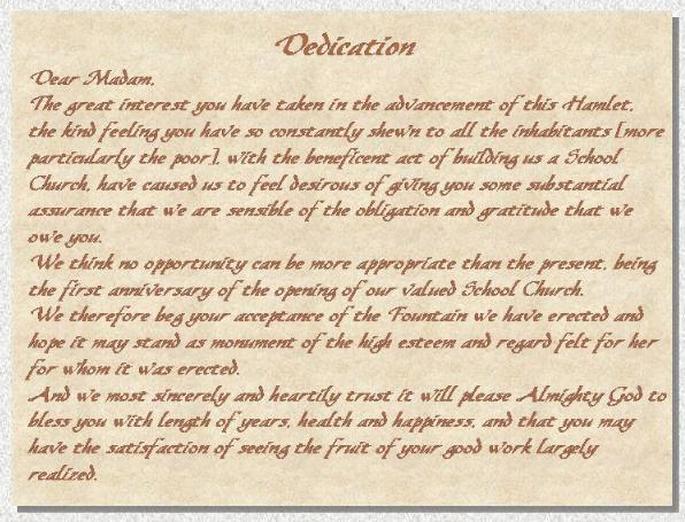 A facsimile of the actual dedication speech 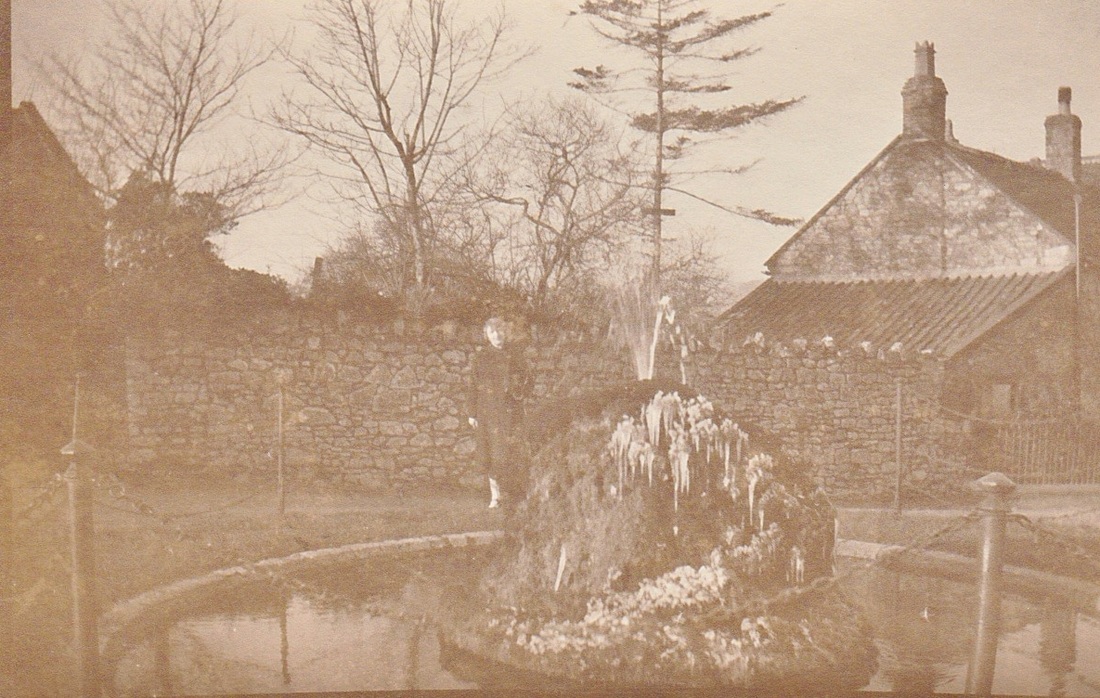 In 1868, a friend of Mrs. Tudway would write this poem about her beloved gift ...

Close to a village school,
A shaded fountain stood,
And boys and girls had cooling draughts
As often as they would.

The fountain overflowed,
The streams were free to all,
And many children loved to come
And see the water fall.

Some drank it on the spot,
And many twice a day
Would bring their pitchers there
And bear them filled away.

But though the thirsty longed
Their waters to obtain,
And with them freely quench their thirst
They thirsted soon again.

Not so when thirsty souls
The Living Water try,
For this out-flowing from the Rock
The heart can satisfy.

"They never thirst again",
The Lord of Glory said
Who to the Fount of Life and Health
For endless joys are led.